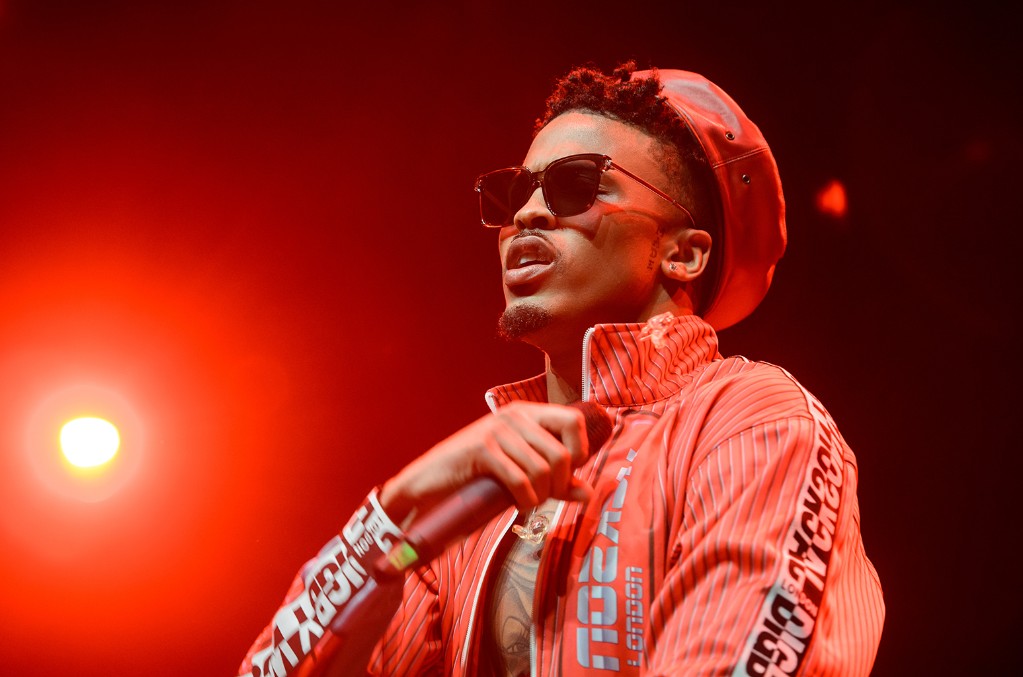 After Jada Pinkett Smith put to rest the rumors regarding her “entanglement” with August Alsina on the Red Table Talk last week, the Louisiana crooner returns with a searing rebuttal on his new track.

Titled “Entanglements,” Alsina taps Rick Ross for the spicy collaboration, which involves several surefire shots at his old flame Pinkett Smith. Written by rising songwriter Derrick Milano, lines like “That ain’t my girl, but I got the key to the crib and to the car” and “You left your man just to f— with me and break his heart” reside on the rocky anthem.

Alsina even quips about entanglement’s meaning on the song’s hook, singing: “The definition of entanglement is when you’re tangled in the sheets.”

Pinkett Smith caught heat after the Red Table Talk because she attempted to downplay her relationship with Alsina and referred to it as an “entanglement.” After being asked to elaborate on her answer by her husband, Will Smith, Pinkett Smith said: “Yes, it was a relationship, absolutely. I was in a lot of pain and I was very broken,” she said. “Now in the process of that relationship I definitely realized that you can’t find happiness outside of yourself.”

She also revealed why she sought after August during her separation with Smith. “That idea of needing to fix, being drawn to people that need help. Whether it’s your health or whether it’s your addictions, there’s something about that childhood trauma that feels as though it can be fixed through fixing people, versus fixing me.”

Listen to “Entanglement” below.

Remembering The Bachelor Mansion: 12 Secrets About the Iconic House

4. "They're here 42 days, twice a year," Haraden told Us Weekly of the show taking over the house. "Everything leaves—everything...