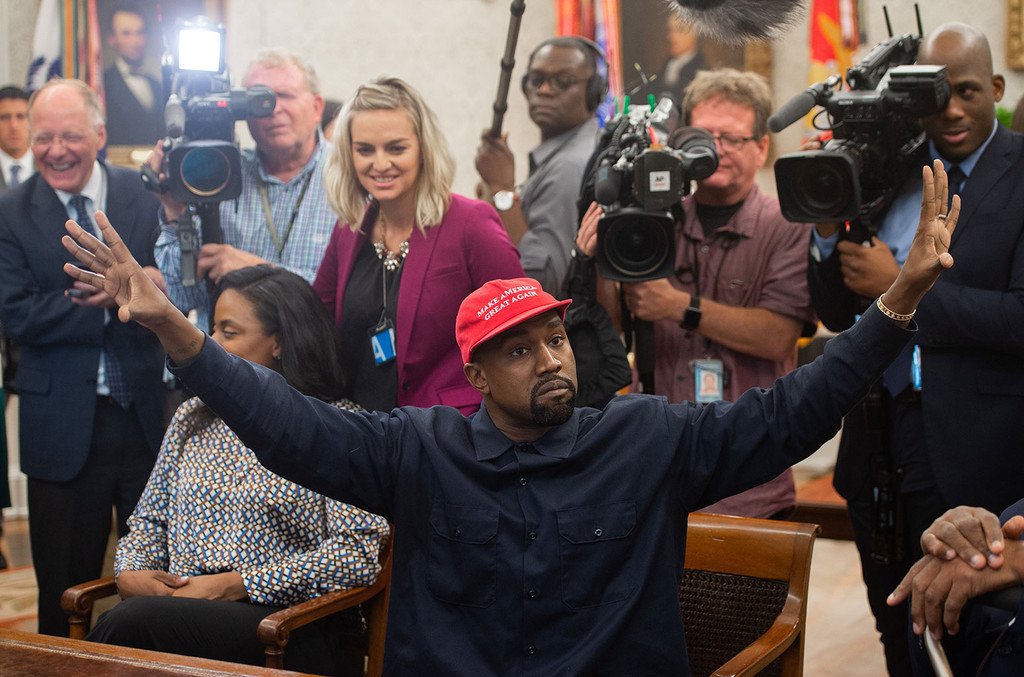 But it was his seemingly disparaging comments about Harriet Tubman, an historic figure in American history, which lit a spark on social media.

Speaking Sunday in Charleston, South Carolina, where he is seeking to qualify for the state ballot as an independent candidate, the rap star put on quite the show. He appeared in a military style vest with “2020” shaved into the back of his head. He talked about himself, invoked God, and he burst into tears.

This was not your typical rally.

The hot talking point came when ‘Ye appeared to throw shade at Tubman, an African-American abolitionist and political activist who is remembered for leading scores of enslaved people to freedom via the Underground Railroad.

“Harriet Tubman never actually freed the slaves, she just had the slaves go work for other white people,” was among West’s remarks.

The hip-hop community isn’t buying it.

50 Cent and Q Tip were among the artists who weighed in. Rapper Noname spoke for many when he wrote, “KEEP HARRIET TUBMAN NAME OUT YOUR F—ING MOUTH.”

It remains unclear whether Kanye will indeed make a late run for the White House, or whether we’re all tuned in to a stunt. Or a pipedream. There’s a mountain of work to be done. For starters, the hip-hop star must turn in 10,000 signatures by midday Monday (20 July) should he appear on South Carolina’s ballot for the November federal election.

Kanye trended on social media for hours after his unusual performance.

See some of the standout comments below.

Harriet Tubman doesn’t give a damn about anybody’s koonfuturist opinion.

Let’s completely disregard politics. Kanye is going through an episode and needs love and care from his friends and family

I just hope Kanye is ok. I don’t really know what else to say here

If you love Queer Eye's Fab Five, it's time you get to know Say I Do's Terrific Trio.Say I Do,...