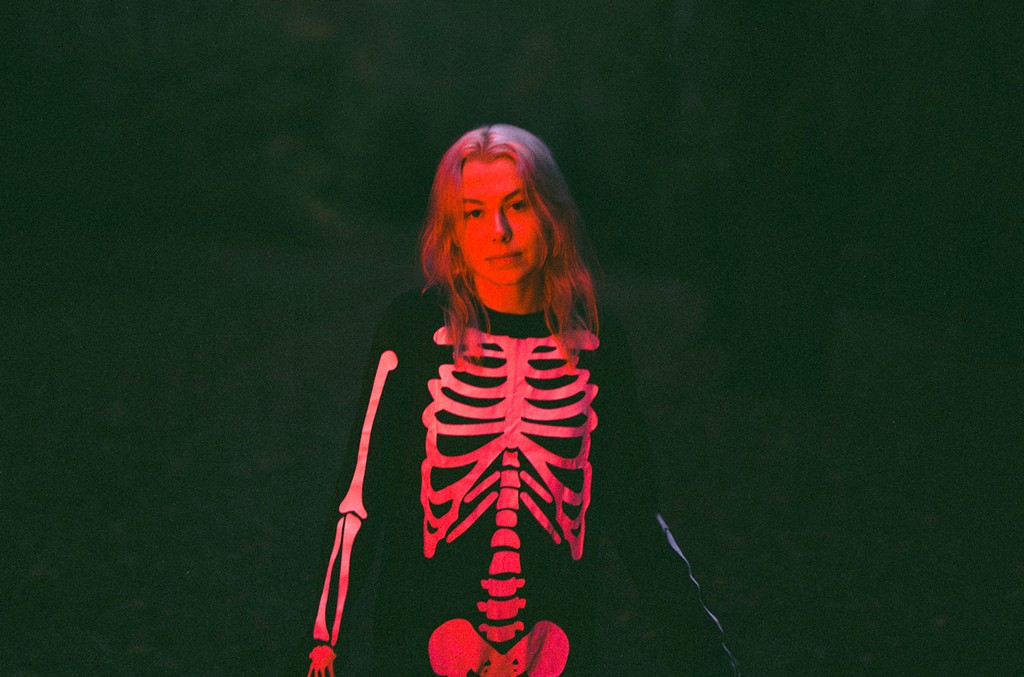 Phoebe Bridgers better wear a seat belt, because her career is motoring.

Recently, she blasted from No. 22 to No. 1 on Billboard’s Emerging Artists chart (dated July 4) to become the top emerging act in the U.S. for the first time, thanks to her new LP, Punisher.

The set also debuted at No. 2 on both the Alternative Albums and Vinyl Albums charts (and a career-high No. 43 on the Billboard 200).

On Monday night (July 20), the Los Angeles indie artist returned to Stephen Colbert’s The Late Show for a performance of “Kyoto,” lifted from Punisher.

Bouncing about in her fave skeleton suit and with a disco ball and some lights for props, Bridgers manages to make a party out of very little.

Check it out below.

On a Husband Scared to Have Sex During Pregnancy:Who ya gonna call? The (pregnant) Bella Twins! Mandy from Los Angeles rang...